Leadership Summit on the Business of Design
Built Environment Futures:
From the Client’s Perspective 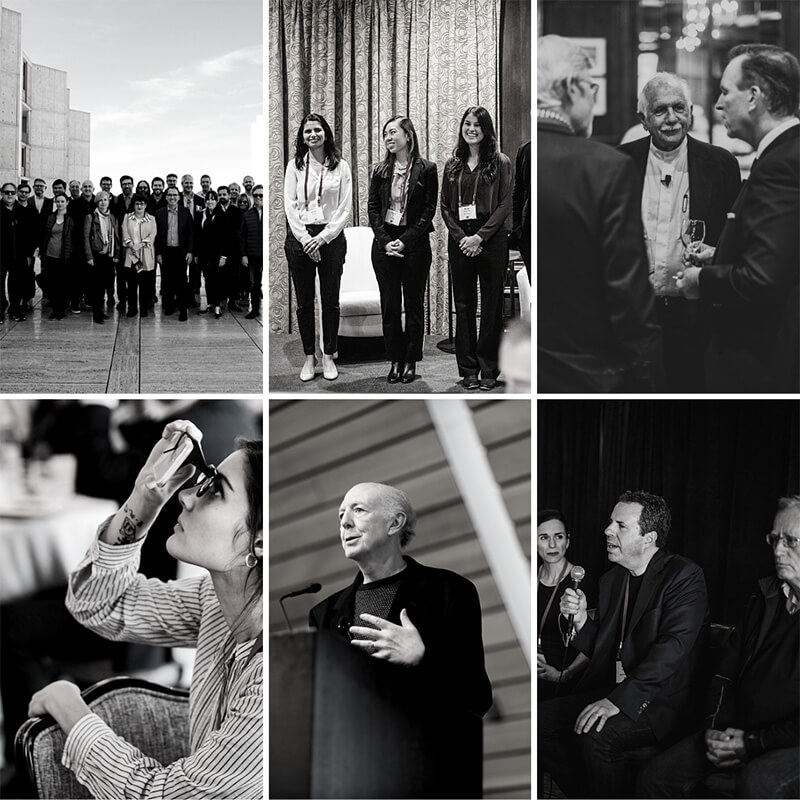 Over the span of two days, November 11th & 12th, the Design Futures Council will convene for our Leadership Summit on the Business of Design virtually. While the current conditions have curtailed our ability to travel, we are pleased to offer even more robust content and distinguished speakers from throughout the built environment industry and beyond.

This summit will present a defined view on the business of design from the client’s perspective.  Throughout our time together, you will hear from industry leaders as they present and take questions on commercial real estate realities, healthcare delivery futures, hospitality market realities as well as an analysis of the future of workplace environments. These are valuable insights intended for executive teams as well as business and design leaders.

The Leadership Summit on the Business of Design, Built Environment Futures: From the Client’s Perspective will also feature recognition for new Senior Fellows as well as the presentation of this year's Lifetime Achievement Award.


This is truly an event not to be missed. We look forward to seeing you.

Craig leads efforts for Kaiser Permanente in Northern California to provide strategic planning and execution of the region’s clinical delivery system and administrative strategies, including the current care transformation work. He leads the continuing development of the regional sub-geographical strategies that will ensure capital investments are aligned with strategic imperatives. Chief objectives are supporting an outstanding member experience and an environment that facilitates the delivery of industry-leading clinical care for the future, while ensuring efficient use of the organization’s resources. One of Craig’s main priorities is helping with the Capital Plan Redesign work, sharing insights in both Northern California and program-wide forums.

Thomas Emanuel is a Director at STR. He is based in London, and leads a team focused on driving business with Industry Partners.

He has spent his entire career in the hotel industry, beginning in 2000 with Miki Travel, before joining Hyatt Hotel & Resorts, where he gained experience in corporate sales at both the worldwide sales office and at property level. Thomas then led the corporate sales function for Hazlitt’s Hotels, a group of independent boutique hotels in London.

In 2006, Thomas joined the Deloitte HotelBenchmark team, where he was responsible for creating and leading the department’s business development function. He held this role until the formation of STR in March 2008, and had since focused on overseeing STR’s rapid expansion outside North America. Throughout his time with STR, Thomas has gained a wealth of experience working with hotels, investors, developers, consultants, banks, governments, destination management companies and many others.

Thomas has been a guest lecturer at Ecole hôtelière de Lausanne, and been invited and participated in the OECD's high level meetings on tourism policies.

Travelling extensively, Thomas has worked in over 45 countries across 6 continents and regularly speaks at major hospitality conferences around the world. He is also frequently interviewed for his insights on the hotel industry by news outlets including CNN, Bloomberg, CNBC, as well as various tourism and hospitality publications.

Bob Hughes has more than 25 years in economic and financial markets research. He was formerly the head of Global Equity Strategy for Brown Brothers Harriman, where he developed equity investment strategy combining top-down macro analysis with bottom-up fundamentals. Prior to BBH, Bob was a senior equity strategist for State Street Global Markets, senior economic strategist with Prudential Equity Group, and senior economist and financial markets analyst for Citicorp Investment Services. Bob has a MA in Economics from Fordham University and a BS in Business from Lehigh University.

Edward Mazria is an internationally recognized architect, author, researcher, and educator. Over the past decade, his seminal research into the sustainability, resilience, energy consumption, and greenhouse gas emissions of the built environment has redefined the role of architecture, planning, design, and building, in reshaping our world. He is the founder of Architecture 2030, a think tank developing real-world solutions for 21st century problems, and host of the AIA+2030 Professional Education Series and inspiration for the 2030 Districts movement in North American cities.

Recently, he developed Achieving Zero, a framework of incremental actions that cities and governments can put in place to ensure carbon neutral built environments by mid-century, and the Zero Cities Project (with the Carbon Neutral Cities Alliance, Urban Sustainability Directors Network, New Buildings Institute, and Resource Media) to implement the framework. Mazria speaks nationally and internationally on the subject of architecture, design, energy, economics, and climate change and has taught at several universities, including the University of New Mexico, University of Oregon, UCLA, and the University of Colorado-Denver. He is a Senior Fellow of the Design Futures Council, Fellow of the AIA, Honorary Fellow of the Royal Architectural Institute of Canada, and received an Honorary Doctor of Architecture degree from Illinois Institute of Technology.

Brian Olasov has more than three decades of strategic business and capital market experience and also an extensive background on real estate capital markets, troubled mortgage loans, and banking challenges. He works closely with the firm’s clients and attorneys providing financial due diligence on distressed mortgage loans, portfolios, and institutions including credit restructuring, valuation, bulk sales, and securitization. He provides analytical litigation support to the firm by developing damage estimates and financial implications of legal theories.

Brian frequently serves as a Mortgage-backed Securities (MBS) expert witness in disputes involving structured finance, servicing, loan origination standards and mortgage credit risk. He has been qualified to testify as an expert in various valuation, origination and loan servicing issues in residential and commercial mortgage-backed securities litigation. In 2008 and 2010, he served as an adjunct professor at Emory Law School and has guest lectured at the graduate real estate programs of Georgia State University, Emory, Georgetown, New York University, Wharton and Columbia University. Brian is currently servicing as an Adjunct Professor at NYU Schack Institute of Real Estate. He is quoted widely in the national press on issues involving the banking industry, mortgage-backed securities and the government’s response to the credit crisis. He has testified before the Congressional Oversight Panel to TARP, briefed the Senate Banking Committee staff on lending regulations and twice served as a Visiting Scholar to the OCC on real estate and capital markets issues.

While on assignment in London, Brian researched the feasibility of developing commercial mortgage-backed securities markets in Europe. He also organized the European chapter of what is now the Commercial Real Estate Finance Council ("CREFC"), a trade group that promotes the development of commercial real estate finance. He currently resides on the Executive Committee and Board of Governors of CREFC and the editorial board of CREF World. He also chairs the National Policy Committee of CREFC.

Scott Simpson is an award winning architect and consultant based in Boston. He is Editor-at-Large of Design Intelligence, a Richard Upjohn Fellow of the AIA, Senior Fellow of the Design Futures Council, and co-author of How Firms Succeed as well as The Next Architect—A New Twist on the Future of Design and Lessons from the Future. He teaches at the Advanced Management Development Program at Harvard University and provides strategic consulting services to leading firms.

Kevin is Planning and Design Lead in EMEA and Head of the hospitality market sector at HKS, one of the world’s leading hospitality design firms. Hi Group coves Architecture, feasibility, Interior Design, masterplanning and Landscape Design. A masterplanner and designer, Kevin has over 30 years of experience in planning, design and management of projects from a wide ranging portfolio globally but specialising in hotel/resorts, mixed-use urban regeneration, golf and leisure, commercial and retail. He is responsible for the seminal Heart of Doha project( which has won several design awards), which includes four Five Star hotels, the Grand Hyatt Doha and the Park Hyatt Mallorca, Spain. Formerly a partner at Derek Lovejoy Partnership in London, Kevin was responsible for some of the practice’s most notable designs including the Four Seasons Hotel in Istanbul and Disneyland Paris.

If your firm is a DFC Member

If your firm is NOT a DFC Member