Design Futures Council celebrates achievement throughout all the stages of a career, from the curiosity ignited in education to the reverence at the zenith of a career well spent, from the groundbreaking innovations of leaders beginning their careers to the consistent commitment to the improvement of the design industries from senior fellows and lifetime achievers.

Lifelong leaders who have practiced architecture continuously for a minimum of 40 years are recognized for the positive impact of their life and work on the professions within the built environment industry, including but not limited to architecture, construction, development, and engineering. These industry titans are nominated by the DFC Board. 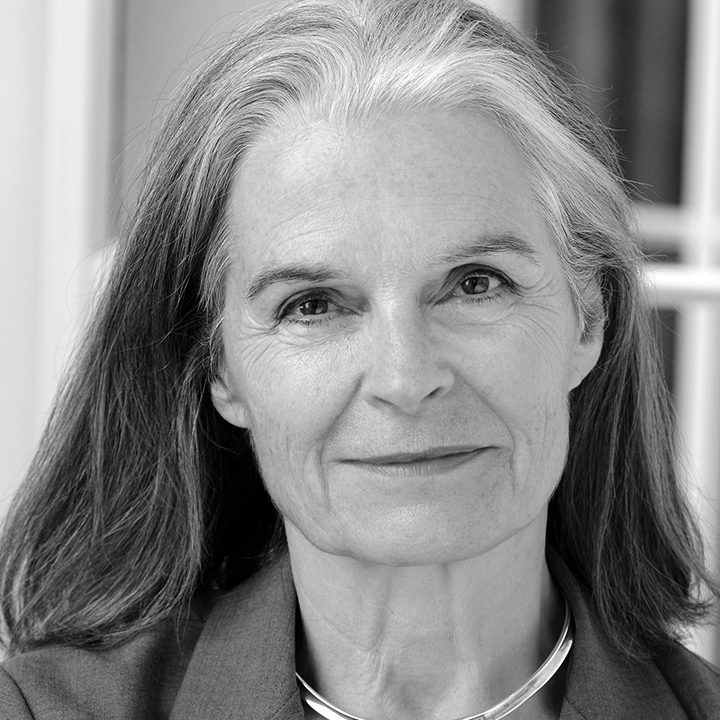 A founding partner of KPMB Architects, Marianne has been honoured as an Officer of the Order of Canada for her contributions to creating “architecture that enriches the public experience.” She was named one of Canada’s Top 100 Most Powerful Women by the Financial Post, and in 2019 one of the top 30 ‘outstanding women in architecture and design’ by Azure. Marianne is a strong advocate for putting architecture into the service of fostering community and combining sustainability and innovation for the most positive impact on the urban and natural environment.
MARIANNE MCKENNA'S FULL BIO 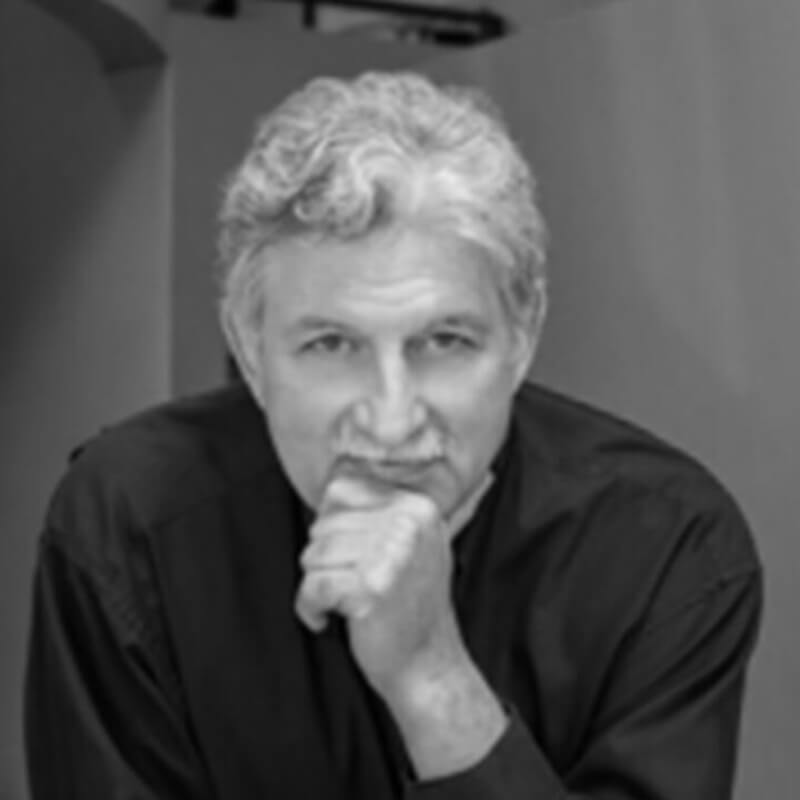 Edward Mazria is an internationally recognized architect, author, researcher, and educator. Over the past decade, his seminal research into the sustainability, resilience, energy consumption, and greenhouse gas emissions of the built environment has redefined the role of architecture, planning, design, and building in reshaping our world. He is the founder of Architecture 2030, a think tank developing real-world solutions for 21st century problems, and host of the AIA+2030 Professional Education Series and inspiration for the 2030 Districts movement in North American cities. He developed Achieving Zero, a framework of incremental actions that cities and governments can put in place to ensure carbon neutral built environments by mid-century, and the Zero Cities Project (with the Carbon Neutral Cities Alliance, Urban Sustainability Directors Network, New Buildings Institute, and Resource Media) to implement the framework.
EDWARD MAZRIA'S FULL BIO 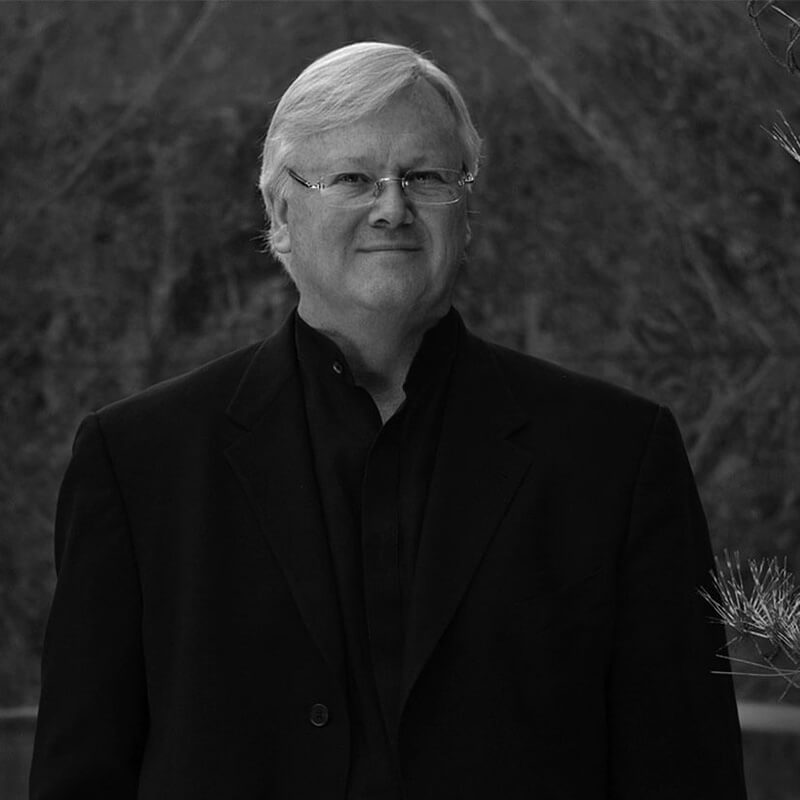 Adrian Smith, FAIA, RIBA, Founding Partner of Adrian Smith + Gordon Gill Architecture, is an architect of international renown. His designs include many landmark buildings around the world, including the two tallest structures in the world: Burj Khalifa, completed in 2010 in Dubai, and Jeddah Tower, now under construction in Jeddah, Saudi Arabia. Adrian’s designs are sensitive to a project’s physical environment, taking into consideration conditions such as location, culture, climate, geography and social influences to achieve environmental sustainability.
ADRIAN SMITH'S FULL BIO 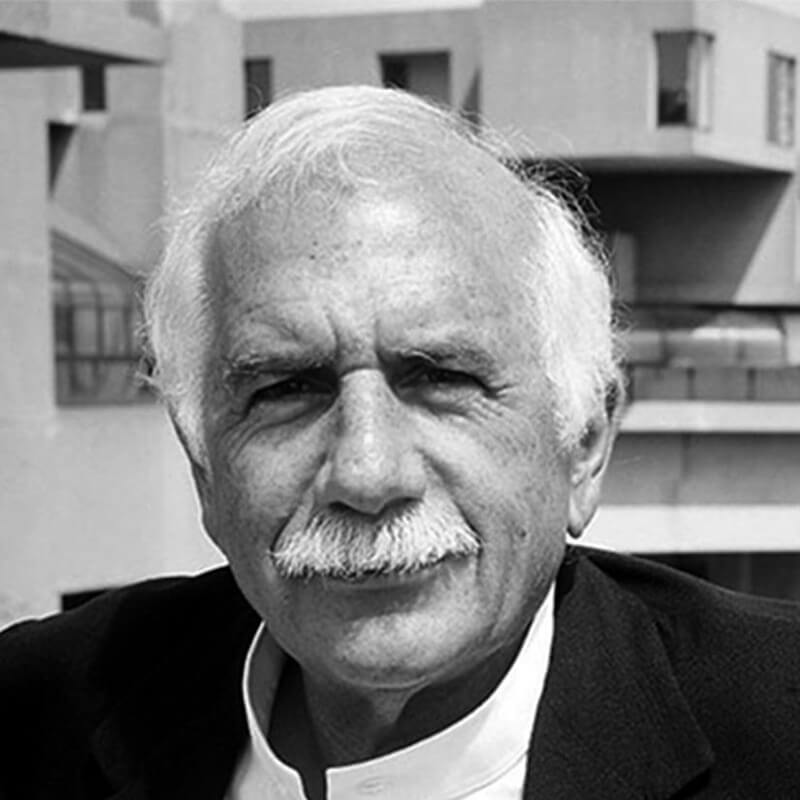 Moshe Safdie is an architect, urban planner, educator, theorist, and author, exploring the essential principles of socially responsible design with a distinct visual language. Beginning with his architectural thesis at McGill University in 1964 and his first built project, the seminal Habitat ’67 in Montréal, Canada, Safdie’s remarkable catalogue of work and contributions to the dialogue on sustainable urbanism are unsurpassed in contemporary practice. In recognition of his enduring influence on the built environment, Mr. Safdie received the 2015 AIA Gold Medal. He continues to inspire the theory and application of ideas about housing, mixed use and high density in cities around the world.
MOSHE SAFDIE'S FULL BIO 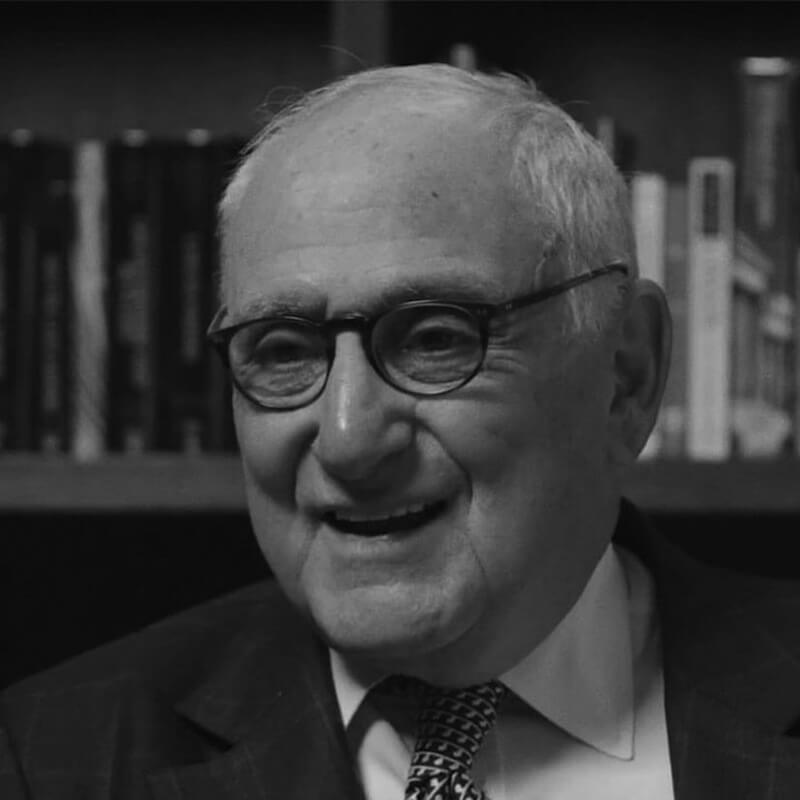 Robert A.M. Stern is a practicing architect, teacher, and writer. He is a Fellow of the American Institute of Architects, and in 2017 received the Topaz Medallion, awarded jointly by the AIA and the Association of Collegiate Schools of Architecture in recognition of outstanding service to architectural education. Mr. Stern is the 2011 Driehaus Prize laureate and in 2008 received the tenth Vincent Scully Prize from the National Building Museum. In 2007, he received both the Athena Award from the Congress for the New Urbanism and the Board of Directors' Honor from the Institute of Classical Architecture & Art. He has been a Fellow of the American Academy of Arts & Sciences since 2007 and a member of the American Academy of Arts & Letters since 2011. He served as Dean of Yale School of Architecture from 1998 to 2016. As founder and Senior Partner of Robert A.M. Stern Architects, he personally directs the design of each of the firm's projects.
ROBERT A. M. STERN'S FULL BIO 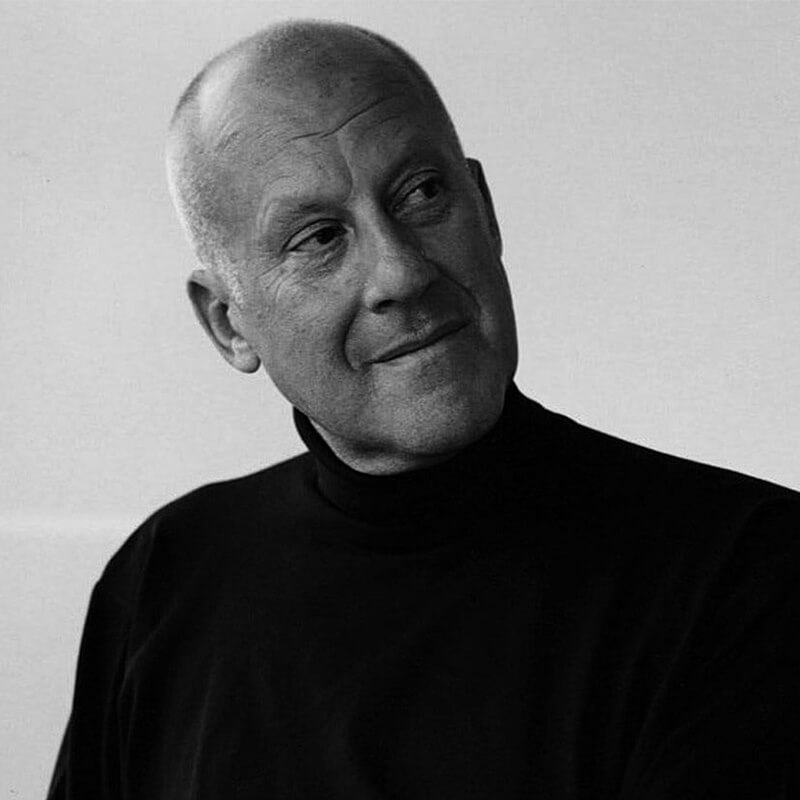 Norman Foster is the founder and executive chairman of Foster + Partners, a global studio for architecture, urbanism and design, rooted in sustainability. He also chairs the practice’s Design Board which provides strategic design direction to all projects. Norman founded the practice in 1967, and over five decades he has established a sustainable approach to the design of the built environment. He believes that the quality of our surroundings affects the quality of our lives, and is driven by his passion for innovation and excellence. He is also president of the Norman Foster Foundation, based in Madrid. In 1999, he was honoured by The Queen with a life peerage, taking the title Lord Foster of Thames Bank. Norman is a keen pilot, enjoys cross-country skiing and cycling.
LORD NORMAN FOSTER'S FULL BIO 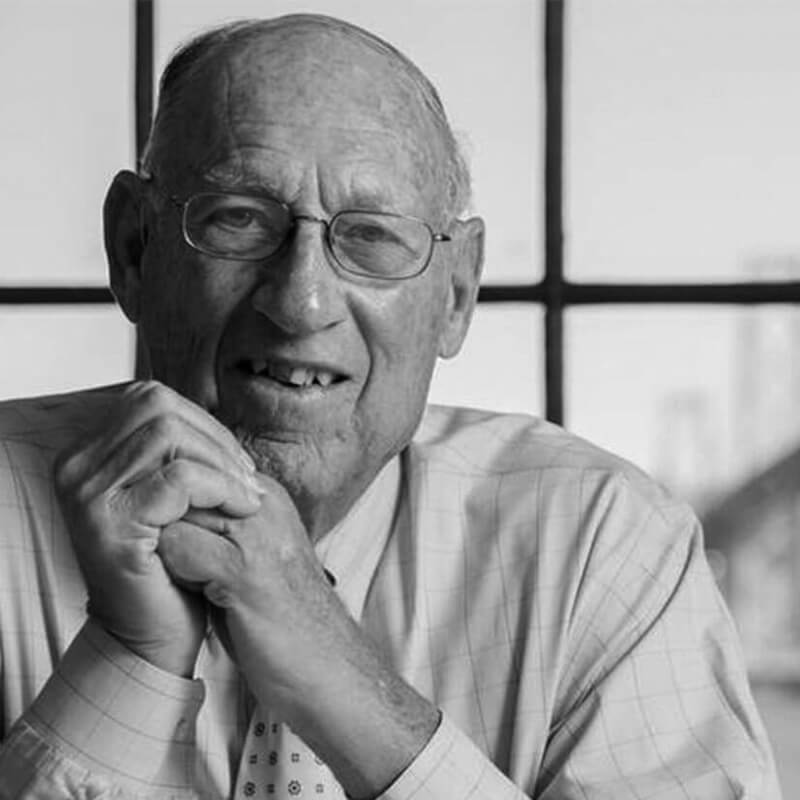 Arthur Gensler founded Gensler in 1965. An architect, he is widely credited with elevating the practice of interior design to professional standing. He is a Fellow of both the American Institute of Architects and the International Interior Design Association, and a professional member of the Royal Institute of British Architects. Art graduated from Cornell University’s College of Architecture, Art and Planning and is a member of its Advisory Council. A charter member of Interior Design magazine’s Hall of Fame and a recipient of IIDA’s Star Award, he has also received Ernst & Young LLP’s Lifetime Achievement Award and the Cornell Entrepreneur of the Year Award. In 2015, he wrote Art’s Principles to offer today’s entrepreneurs the business insights he wishes someone had given him when he was starting out.
ARTHUR GENSLER'S FULL BIO 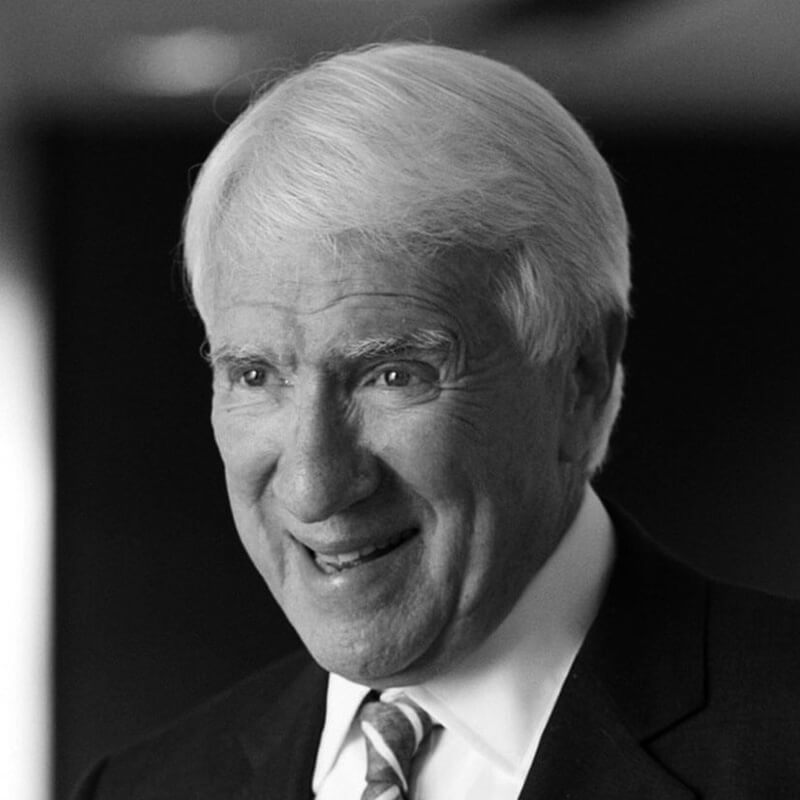 A. Eugene (Gene) Kohn currently serves as Founder and Chairman of Kohn Pedersen Fox Associates. In 1976, he founded KPF alongside William Pedersen and Sheldon Fox, based on a commitment to design excellence and built on collaboration and opportunities for young members of the firm to become future leaders. Gene served as Founder and the original President of KPF, developing its global strategy, shaping it into a world leader in all aspects of architectural practice, and leading it to become the youngest firm recognized with the AIA’s Architecture Firm Award. Gene is respected worldwide, not only for his over sixty-year career as an architect, but also for his inspirational leadership qualities. He is highly regarded as an engaging public speaker and is sought after around the globe as a moderator, juror and keynote speaker on contemporary architecture. He has lectured at top-tier universities and for professional organizations and institutions across the US and around the world.
GENE KOHN'S FULL BIO

Experienced professionals with a minimum of 20 consistent years in practice are recognized for providing noteworthy leadership in the advancement of architecture, interior design, business, technology, construction, engineering, urban design and planning, and much more. These revered design experts are nominated by previous recipients and DFC members.

Innovative educators are recognized for their contributions to the future of the architecture, interior design, engineering, construction, urban planning, and design industries through their commitment to the success of their students and institutions. These inspiring educators are nominated by previous recipients and DFC members.

Young professionals within the first 10 years of professional practice are recognized for their leadership and contributions to designing a more sustainable future through architecture, UX/UI design, urban design, graphic design, engineering, and many other built environment disciplines. These rising stars are nominated by previous recipients and DFC members.